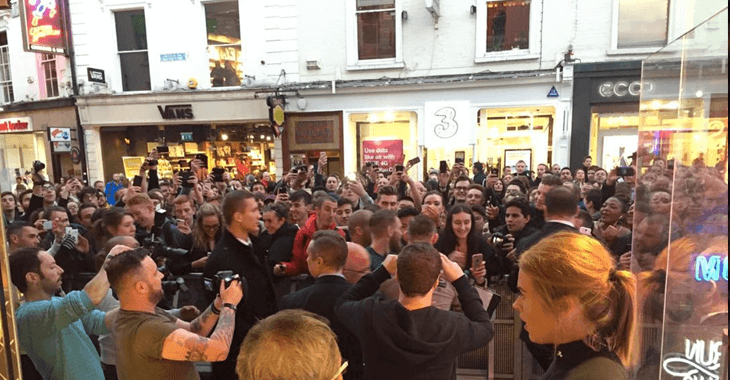 The fans are packing the streets as the pride of Ireland is back in his home country. Conor McGregor posted this photo to Instagram where fans are lining up just to get a glimpse of the “The Notorious.”

McGregor isn’t set to fight on the card at UFC Fight Night in Dublin, Ireland on Saturday but will definitely be in attendance. However, McGregor did offer to fight Dustin Poirier on short notice after Poirier’s opponent Joseph Duffy was forced to pull out of the fight due to an injury sustained during training earlier this week.

Do you think Poirier should have taken McGregor’s offer for a chance to avenge his loss? Share your opinion in the comment section below!