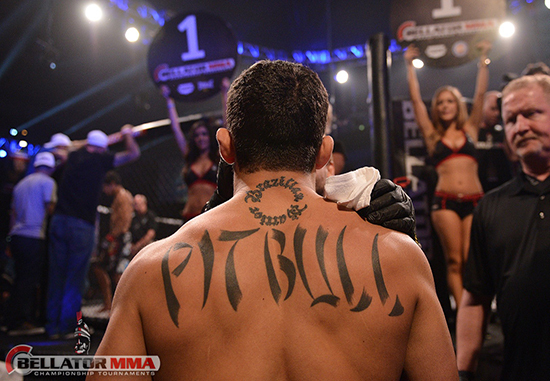 It’s official: Georgi Karakhanyan is next in line to challenge Patricio “Pitbull” Freire for his Bellator Featherweight Championship.

Georgi Karakhanyan put on a beautiful performance against Bubba Jenkins on Friday night when he submitted him in the first round. Jenkins went for two takedown attempts, but walked into two separate guillotine attempts. The second guillotine attempt ultimately ended the fight, but it was clear Jenkins passed out several seconds before Herb Dean waved the fight off. Even though Karakhanyan exclaimed his opponent had passed out to the referee, he refused to let go until instructed to do so. Karakhanyan showed that he did not want anything getting in his way of walking out of the cage as the number one contender.

The current Bellator Featherweight Champion Patricio Freire, better known as “Pitbull”, is riding a six fight win streak after making Daniel Straus submit at Bellator 132. Straus was doing an amazing job at outstriking the champion, but Pitbull overcame adversity and forced Straus to tap out with a rear naked choke in championship rounds.

Who do you think is going to walk out of the cage champion?