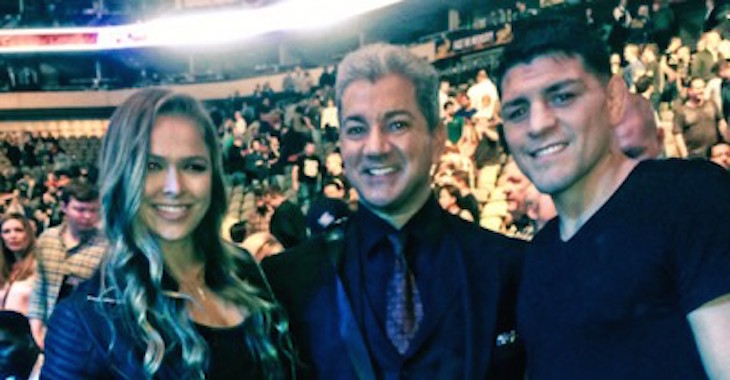 UFC octagon announcer Bruce Buffer made some comments earlier in the week about living life like James Bond and traveling the world sleeping with women all over the place.

Buchholz retuned from his trip to Thailand and was back on Stud Show for Tuesdays episode. While discussing the latest MMA topics and headlines, Buffer’s comments came up.

Check out what Buchholz had to say about the 007 claims:

“I’m going to fu*king back that up 100%. Bruce Buffer is 007 and he does that. Look at the mother*cker with those abs. He works out all the time, at the UFC’s you go to the gym and he’s always in there doing sh*t.”

“I would definitely agree he is the 007. People fuc*ing freak the f*ck out and want pictures with him all the time. He’s like an icon of announcing. He’s super cool, he’s just traveling the world like 007 having a good time.”