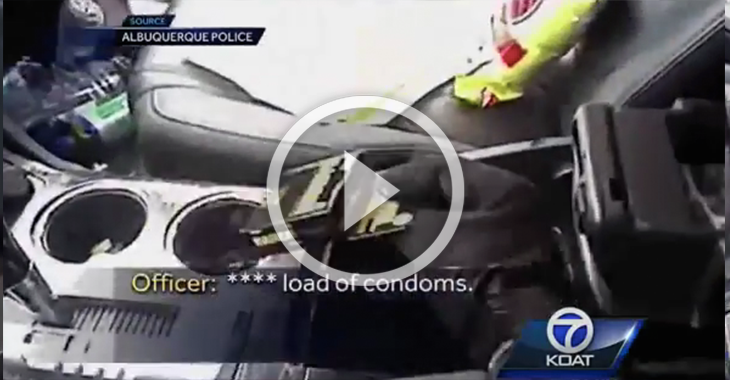 Jones allegedly fled the scene of a 3-car accident that he caused. Injured in the crash was a pregnant woman who suffered a broken arm. Reports say that Jones dashed from his car after the accident, ran back to grab some cash, then fled the scene. He should have grabbed more than just cash, because cops found a LOT of things that can be used against him.

Albuquerque police released a video of them searching Jon Jones’ car which you can view above. At the end of the video, you can hear one of the cops say, “Well, he’s f****d.”