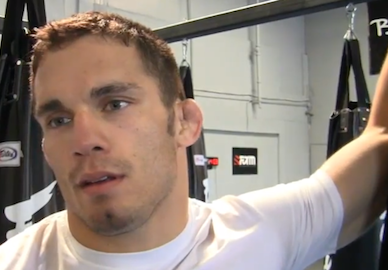 Back in 2009, top UFC welterweight, Jake Ellenberger made his UFC debut against a rising Carlos Condit.

The result? A split-decision defeat for Jake.

With the recent welterweight shift caused by the title relinquishing Georges St-Pierre, the UFC is scrambling to put back together the top-tier of their 170 pound division.

In that picture is or course, former interim belt holder, Carlos Condit.

We learned last week that Johny Hendricks will face off with Robbie Lawler for the vacant title. We also learned last Saturday that the UFC was trying to draw Nick Diaz out of retirement to face Carlos Condit in what would have likely served as a title-shot-eliminator.

Nick Diaz turned down the UFC’s offer, but Jake Ellenberger is ready to pick up the pieces.

I've been getting bombarded from the fans about Condit/Ellenberger II fight -If that's what you guys want, I'm in!