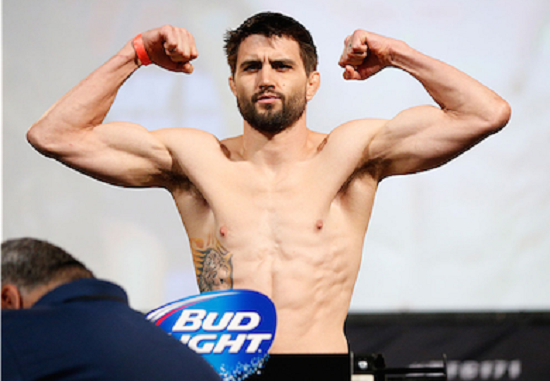 Former interim welterweight champion Carlos Condit is currently recovering from a torn ACL in his most recent fight against Tyron Woodley.

Condit informed a packed audience at an open workout in the Philippines, which was part of a 3-day media tour with the UFC, that while he is still recovering, he would like to fight Matt Brown upon his return.

“My knee’s feeling really good. I’m almost 100%. Right now the only limitation I really have is I can’t wrestle, I have to be cautious of explosive stuff. But other than that, I could spar, kick box, hit the pads, roll in jiu-jitsu.”

“I’m looking at Spring 2015, March or April. Nothing’s set in stone yet, but I think we’re looking at Matt Brown. That was supposed to happen last year and he got injured, had to pull out pretty close to the fight, so we’re going to try and make it happen next year.”

Do you want to see Condit and Brown finally face off in the cage? Sound off in the comments section!