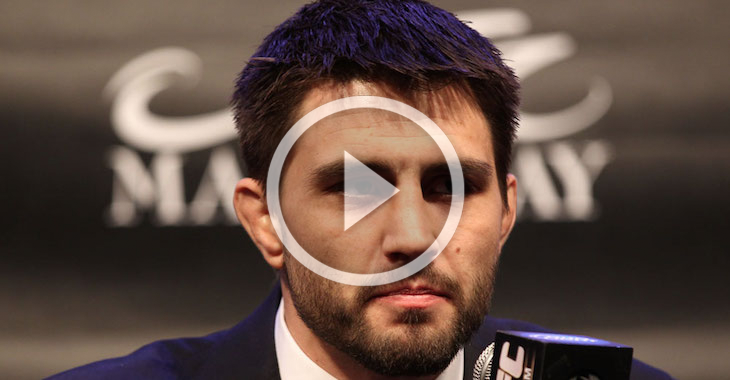 “I think it’s important to get in there. Get back on track. Start making my way towards the title and Thiago Alves is the next obstacle in that path. But I try not to think of the bigger picture right now, I rather focus on Thiago Alves who is a very, very, tough opponent. He is a very, very good striker, obviously, that’s his bread and butter. But I think he’s a well-rounded mixed martial artist, he’s got good wrestling, really good jiu-jitsu, but mainly, he’s a striker. He has kind of a traditional muay thai sense. He’s very strong physically and it’s going to be tough, but I feel I have a good strategy and if I come to win prepared, I will walk off with a win. I think I’ll finish him later in the fight, in the fourth or fifth round.”

Carlos Condit is looking to make a triumphant return as he walks into the octagon to face veteran Thiago Alves. Alves is currently riding a two fight win streak while Condit is coming back from a leg break.

Who do you think is going to win? Does Alves have what it takes to win the bout or does Condit have too much to prove?