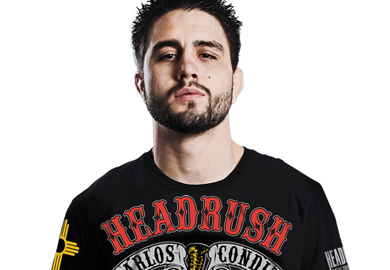 “Georges is the best in the world at what he does, but at the same time, we know what he does. He does that, and hardly anybody’s been able really to stop it, but with that being said, Carlos has got something for him. Every time he wants to shoot in, we want to not give him the proper distance. We want to not be there when he does shoot, but when he does, we want to have something there for him.”

“He definitely followed my gameplan for Nick Diaz to a T, but with that being said, it’s different with Georges. Nick comes back from the dead. I think Carlos can unload on Georges and do damage early, and that will pay benefits as we go on … . You will see a different fight that way. The way to fight Georges is not to back away and touch him because he’s going to eventually take you down and ride out a decision that way and he could finish you. Georges is great in many different positions, but the way to beat Georges is to hurt him. That’s what this fight is going to come down to: Carlos can strike from so many places. He can hurt you in so many ways. What people have forgotten is that early in Carlos’ career, he was tapping people out left and right. Carlos is great with his submissions and working on them daily. He wants to time Carlos’ footwork to come forward and shoot on Carlos. There’s no doubt about it. He’s got to close the gap. Carlos is longer — we know that, so that’s what we’re looking for. Things are going to happen when one of the two guys close the gap.”

Taking the lead with the coaching of Carlos Condit is none other than Mike Winklejohn of Jackson-Winklejon MMA in Albuquerque, New Mexico.

In this interview with Sherdog.com he outlines the basic strategy they are going to try to employ when Carlos faces off with GSP at UFC 154.