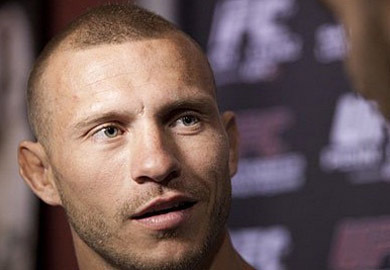 “This is the third time him and I have signed to fight and the third time that he’s pulled out. I’m kind of bummed. I was really looking forward to that fight. But hey, what are you going to do?.. It’s bad luck. We were supposed to fight) earlier in the year. One was called off because of Ramadan or whatever he has to do for his religion. He didn’t want to take the fight because it would put him during that period. The time before that I don’t really remember the logistics of it. Now he’s injured.”