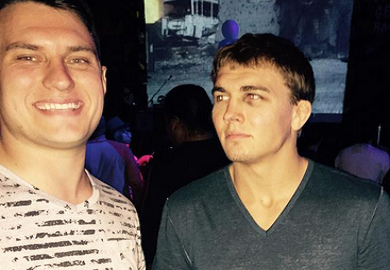 Cody Gibson is coming off a late submission loss to Manny Gamburyan at UFC 178 last month. However several days after the bout he went out with some of his friends, where he was confronted by a drunken patron, who began arguing with Gibson.

The argument between the pair escalated, at which point Gibson yelled “Google me bitch!”, but then found himself momentarily stunned when the man landed a punch. Gibson then responded by landing a takedown on the man.

TMZ has a video of the brawl, which can be seen on TMZ’s websiteHERE.

Cody Tweeted a photo of himself later that night with a black eye, which can be seen below: