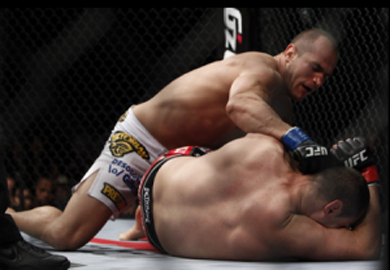 “We are quiet, with a good team. It will be a great fight. Cain is a great athlete, no doubt, but he made a mistake by asking for this rematch so soon. Even though he is coming off a victory (against Silva), he was knocked out (by dos Santos). He’ll have to risk closing the distance against ‘Cigano,’ who is even better trained than that first fight. I think he made a huge mistake.”