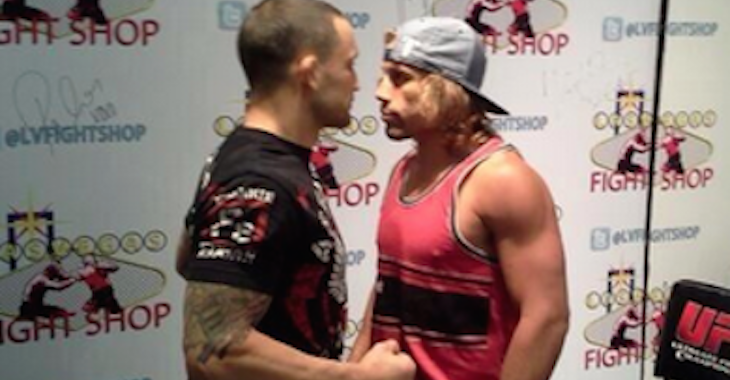 Urijah Faber will be stepping into the octagon at “UFC Fight Night 66” to take on Frankie Edgar in what could potentially be a number one contender’s bout for the featherweight championship.

Performance nutrition consultant George Lockhart helped both fighters with their weight cut and told BJPENN.COM he is excited to see how the fight plays out. “Sometimes you get a technical fight, sometimes you get a fast paced fight, very rarely do you get both,” Lockhart mentioned. “This fight is just that, don’t blink!”

Edgar has showcased his speed and knockout power throughout his UFC career, but it was most prominent in his fights against Gray Maynard for the UFC Lightweight Championship. Faber has proven to be evasive and can sneak a submission from almost any position like he did against Francisco Rivera at UFC 181. Who do you think will come out on top on Saturday?