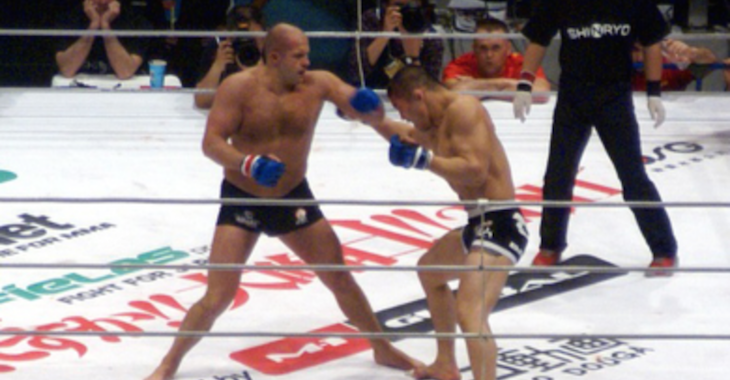 The man, the myth, the legend Fedor Emelianenko still has everyone wondering where he’ll end up. A lot of talk has been going around about him ‘talking’ with the UFC and a potential match up with champion Fabricio Werdum, who beat Fedor.

None of that is confirmed or even hinted at being confirmed yet, but we do have a statement from his coach who says he believes Fedor has the ability to be even better than he ever was before he retired.

His coach, Vladimir Voronov, said during an interview at M-1 Challenge 60, that Fedor’s return is serious and he could be even better than before.

“Fedor called and said he had such a wish [to return to MMA]. I fully supported him. I think that Fedor’s potential is bigger than he achieved before. I know him from childhood. If he decided to return, it will be very serious.”