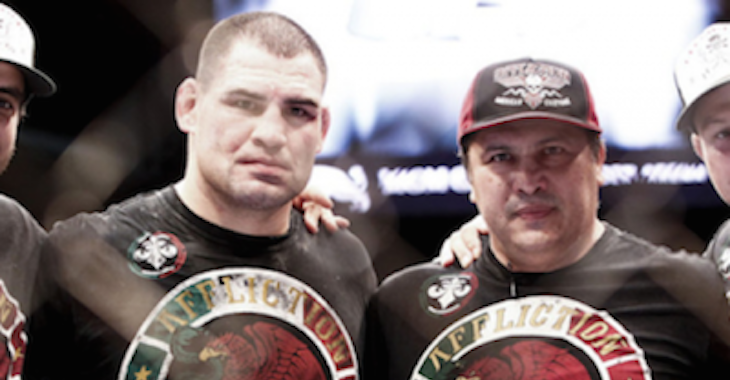 “By saying a zero chance, it’s not an actual statement. I’m saying he has little chance. The bottom line is from what I viewed of the Mark Hunt fight [at UFC 180], Mark Hunt was beating him in the stand-up the first round, thrashing him somewhat on the ground…is Mark Hunt some great jiu-jitsu guy? No. So why was Mark Hunt able to do what he was doing to him? Because Mark Hunt’s a tough fighter. And Cain’s above that as far as the grappling area.

“As far as the arsenal that Cain has, it’s by far higher than just about anybody in the division. On top of the fact that nobody can deal with the pressure that Cain puts on everybody.”

Cain Velasquez’s coach Javier Mendez talked to The MMA Hour this past week and had that to say about Fabricio Werdum’s chances of winning this Saturdays fight.