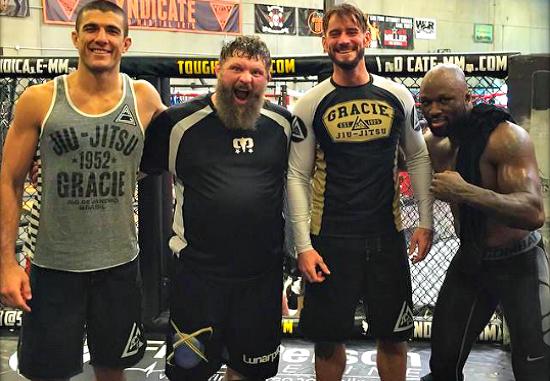 “You get punched in the nose, your eyes water. When it happens, will I turn around and run? No, that’s not going to happen. I’m going to do my best to avoid that punch, but if it lands, I’ll be OK.”

“I think it’s about finding out what’s inside of you. I’ve already had it in the schoolyard, in the gym, in the ring. It’s happened a lot.”

During a recent chat with ESPN, CM Punk discussed making his UFC debut and how he’s ready to get hit, hard, in the face.