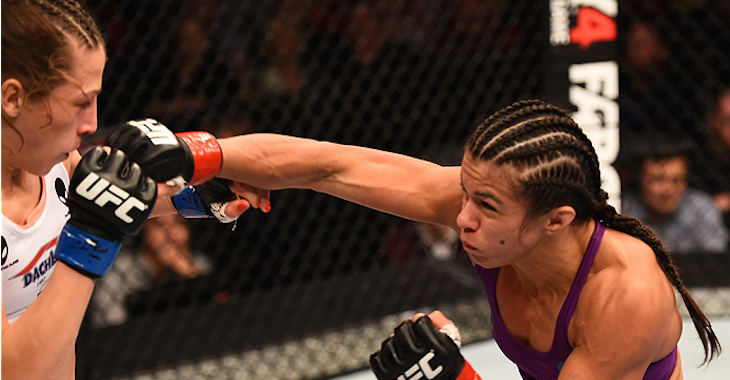 Little girl, Forget about me and go train because I’m working hard. You keep talking about me because you know you lost to me. #Imreal

Gadelha and Jedrzejczyk have a history, as Joanna was able to narrowly defeat Claudia via split-decision at last year’s UFC on FOX 13 event.

“Claudinha” is hoping that a dominant win over Aguilar this August will earn her another shot at the Polish champion.

Would you like to see Gadelha and Jedrzejczyk go at it again inside the octagon? Sound off Penn Nation!