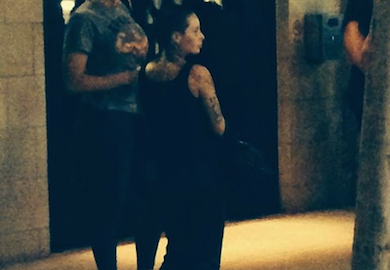 Embattled adult film actress, Christy Mack is recovering from last month’s beating at the hands, and fists, of War Machine.

In a recent capturing, Mack was seen in public while in her hometown of Las Vegas.