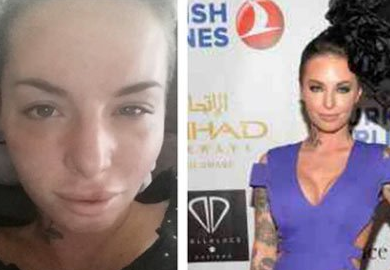 Today she posted an update for her fans on her Twitter complete with pictures of her recovery, and a picture of her first formal public appearance at an event for the Face Forward charity.