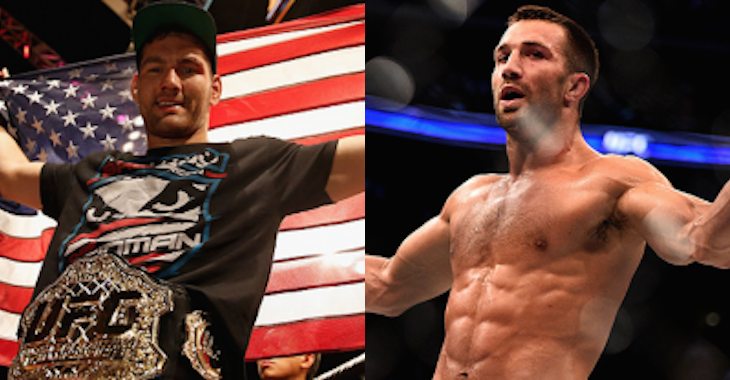 Announced on ESPN’s Sportscenter, and later confirmed by the UFC, middleweight champion Chris Weidman will defend his title against Luke Rockhold at UFC 194.

UFC 194 will take place on Dec. 12 in Las Vegas, NV. There were talks that the event would be held at the massive AT&T stadium in Dallas, TX , but UFC president Dana White put the kabash on that and announced recently that McGregor and Aldo will settle things in ‘the fight capital of the world.’

What do you guys think of UFC 194, is it shaping up to be a great event?