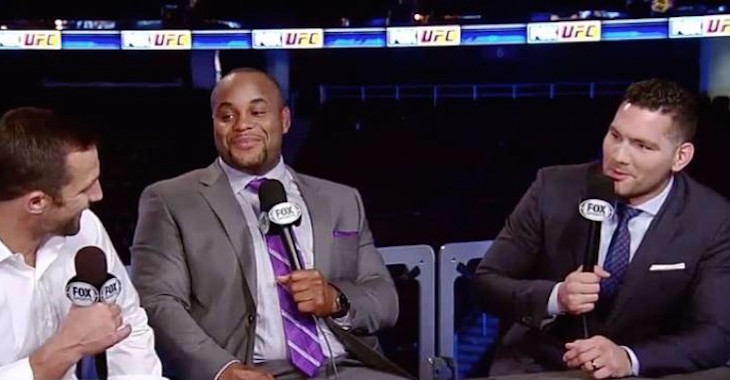 UFC middleweight champion Chris Weidman plans on going up to light-heavywight to ‘get more competition’ in the future.

Weidman told FightHype.com that his longterm goal is to go up in weight class and dominate there. He also mentioned that Daniel Cormier, the 205 champ, is running because he knows he’s coming.

“I’m tryna go up to 205 lbs. and dominate up there too. 185 lbs. is just the first baby step. There’s a very realistic chance of going up to 205. At some point just to get some more competition. These guys at middleweight are just – they’re no competition.”

“They know I’m looking for ’em. Cormier’s running, he might be up to heavyweight soon – he’s eating chicken, but I’m training – so, yeah. Jon Jones, I don’t know who he is.”

Think Weidman could handle his business at 205?