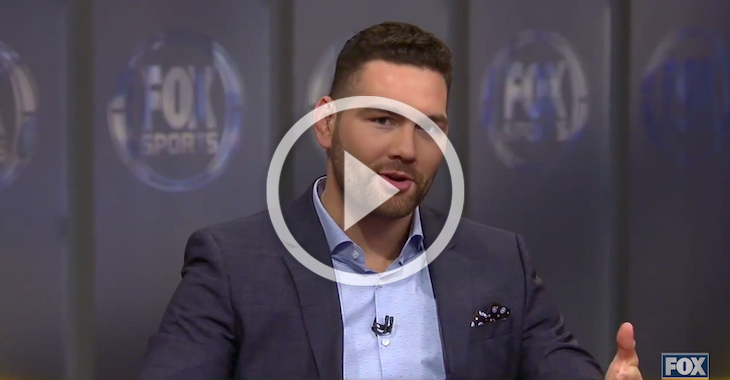 Weidman on MMA getting legalized in New York: “There are two things I envisioned when I got into this sport. Winning the belt and fighting in Madison Square Garden.”

Weidman on if he’s frustrated by the delays with his title fight vs. Vitor Belfort: “No. I have these goals, things I’ve envisioned. I want to clear out my division and become the best of all time. I’m very motivated not to lose and to shut up the doubters.”

Weidman on how he keeps motivated for Belfort since the fight has been put off several times now: “I have a lot of respect for him. When you watch his fights, he’s a technician on his feet and on the ground. I’m going out to dominate him. His biggest thing is his stand up. I’m not afraid of him. I’m not sure how it’s going to finish, but I’m definitely going to finish him.”

Weidman on his coach Ray Longo saying he’s the greatest of all time: “He’s a very smart guy. It’s important to have coaches with high goals for you and to believe in you. When he believes in me, it gives me confidence to go and get it done.”