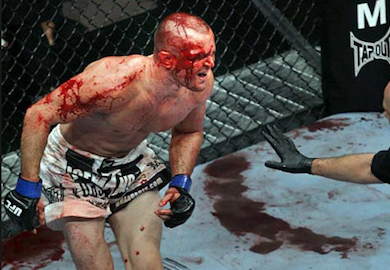 The Ultimate Fighting Championship is bringing the Octagon back to Atlantic City for a clash of top-10 ranked lightweights at UFC FIGHT NIGHT: CERRONE vs. MILLER live on FOX Sports 1 on Wednesday, July 16 (9:00 PM ET), headlined by No. 6-ranked Donald “Cowboy” Cerrone against No. 7-ranked and New Jersey’s own Jim Miller.

UFC on FOX analysts Kenny Florian, Daniel Cormier and host Karyn Bryant welcome former UFC welterweight contender Chris Lytle to the analyst desk as he makes his debut at the UFC FIGHT NIGHT WEIGH-IN on Tuesday, July 15 and works the PREFIGHT and POSTFIGHT coverage on FOX Sports 1 as well. Jon Anik and Brian Stann call the fights on FOX Sports 1 live from the Revel Casino Hotel in Atlantic City, while Victor Dávila and Fabricio Werdum call the action for FOX Deportes.

Currently riding a three-fight win streak, Cerrone (23-6, 1 NC) returns to action for the fourth time in eight months to take on tough veteran Miller. Miller (24-4, 1 NC) knows that a win in his home state over fan-favorite Cerrone could stamp his ticket to title contention. “Miller is a gritty veteran with 17 Octagon appearances,” says analyst Cormier. “He needs to make this a dirty fight against Cerrone in order to secure the victory. For Cerrone, he needs to use his distance and his high-level striking to beat Miller and finally be considered a true contender in the lightweight division.”

Customers of participating video providers may access live streams of the UFC FIGHT NIGHT: CERRONE VS. MILLER through the FOX Sports GO app for iOS devices, as well as on desktops through FOXSportsGO.com.