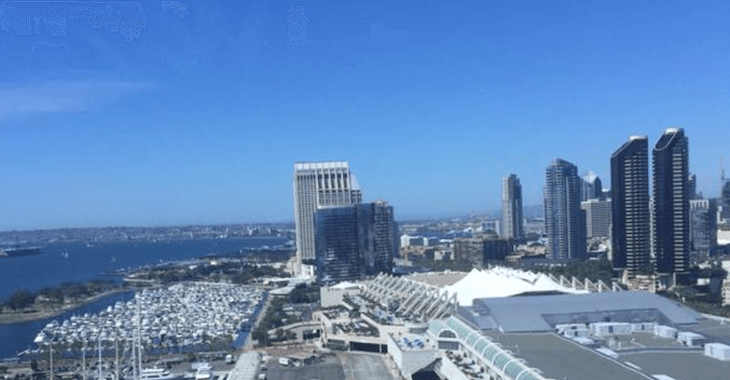 Retired UFC fighter and TUF 1 cast member Chris Leben reported to jail on Monday after being sentenced to 120 days.

Leben plead guilty to breaking into his ex-wife’s apartment back in June and the judge sentenced him to 120 days in jail, along with three years of probation and a 52-week domestic violence course. Leben was also ordered to say away from his wife, Kaleena Leben, for ten years.

Leben’s jail time started on Monday, Sept. 21, and according to MMAJunkie he will serve thirty days in jail, then do thirty days of work furlough. If all goes well with that, he’ll then be transferred to probation.

Leben took to Twitter to share this photo, showing his view 24-hours before he reported to jail.

Get a room at the top of the Hilton not a bad place to spend my last 24 hours of freedom for a while pic.twitter.com/toTSbH0f9K