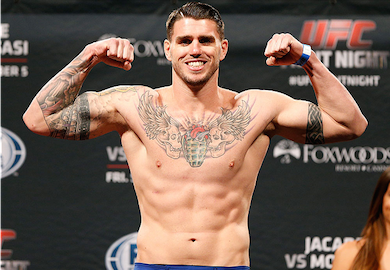 Middleweight fighter Chris Camozzi (19-9 MMA, 6-6 UFC) has been released by the UFC.

Camozzi announced his release from the UFC on his blog yesterday:

Cuts are minor nuances that sometimes leave a scar as a reminder. They are not life changing and if you treat them the right way you can possibly learn how to avoid them in the future.

I knew this Natal fight was win or move on, probably for both of us. In my heart I felt like I had done enough to win. I left my UFC contract in the judges hands. They felt like I lost and getting cut is what comes with that decision. It is unfortunate that MMA judging and statistical fight analysis is so far off. Instead of looking back I am going to look forward, look forward to building my MMA career.

I am thankful the UFC gave me the opportunity to fight the best in the World. They treated me fair and gave me a lot of great experiences and the opportunity to meet some amazing MMA fans. At the end of the day I am a MMA fighter at heart. That means my future is not tied to being in the UFC. My future in MMA will continue. I am in the gym already working on all aspects of my fighting skills.