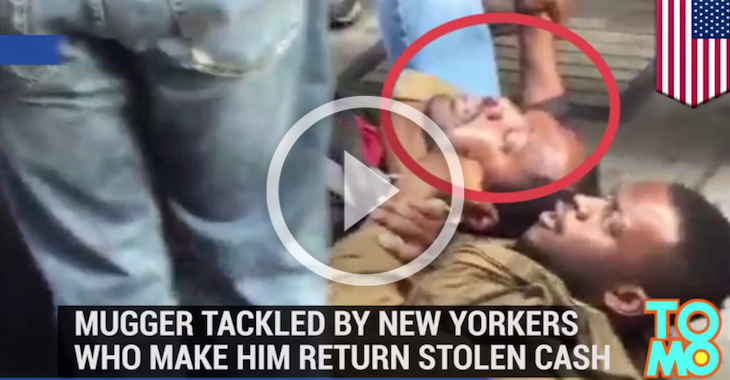 A mugger in downtown Manhattan was stopped by a group of random “Good Samaritan” individuals who witnessed his attempt to steal a backpack in broad daylight on June 3. A video of the incident has now been released showing a large suspect being subdued by a group of people who forced him to return the cash he had stolen.