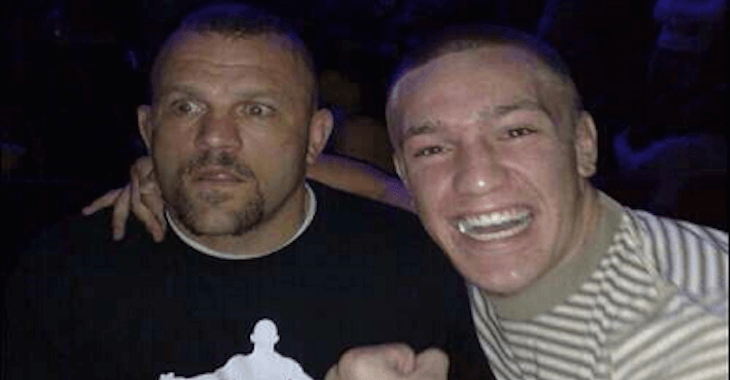 Former UFC light heavyweight champion Chuck ‘The Iceman’ Liddell isn’t a fan of trash talk. But is a self-proclaimed fan of Conor McGregor, wait, what?

Yes Liddell says he’s excited to see what McGregor can do against the featherweight champion, Jose Aldo, at UFC 194.

Liddell recently spoke with MMAJunkie and explained that while he usually doesn’t care for guys who trash talk, he likes that McGregor has, so far, backed up everything he’s said.

“Conor, I’m actually really looking forward to that (Jose) Aldo fight. I’m a big Aldo fan. I’m not big with the trash-talking, but I do like Conor because he comes out and fights the way he talks.”

But explained that guys like Chael Sonnen, who talked a lot but chose to ‘lay and pray’ in the octagon, don’t really do it for him.

“You want to talk like that, and you’re going to back it up by fighting like that? Fine. It’s not like Chael, where he talks all that before a fight and then tries to do the lay-and-pray thing. No.”