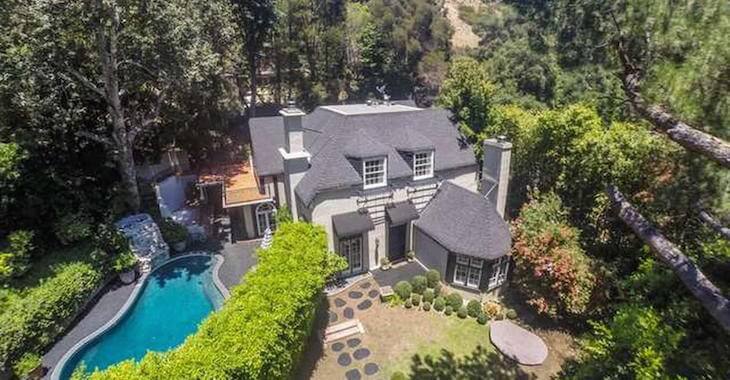 Looks like former UFC fighter and current UFC analyst on FOX, Kenny Florian, is doing pretty well for himself.

The fighter apparently just purchased a Rock Star’s house in the Hollywood Hills for a whopping $2.75 million.

The house was owned by Chris Chester, drummer and co-founder of the band Jet. According to the LA Times, the house was just recently purchased by Florian and his actress/model wife Clark Gilmer.

Here’s an excerpt from Neal J. Leitereg’s piece on the purchase:

The remodeled English Country-style home, built in the 1920s, centers on a formal living room with barrel vault ceilings, dark wood floors and a fireplace. A chandelier-topped dining room done in zebra-print wallpaper sits off the living room.

You can check the photo used above and  more photos of the house HERE.