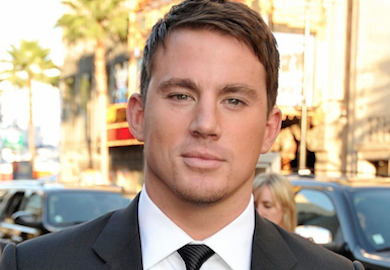 “[In] wrestling, there’s sort of a saying that you have to be very comfortable being uncomfortable,” Tatum told Vulture.com. “Because everything is a struggle and a fight and if you’re getting choked you have to understand when, like, you’re gonna die, like literally you’re about to go out, or does this just suck? Does this just suck right now and are you gonna be able to live through this and be able to be in control of the pain and all that? And that’s what I think this movie is. Like everyone is just trying to deal and be comfortable, while being so unbelievably uncomfortable.”

Tatum added, “Wrestling, it’s an intimate thing, even though it’s super violent. You have to be comfortable being basically naked and wrestling. It’s weird. From an outsider’s perspective it looks very homosexual. I’ve gotten that a lot. And I always say, ‘Come on and try it out. You’ll see how non homosexual that is.’ And I don’t know what that’s like, even. But I can’t imagine it’s very much like that. It’s too painful. It’s chess, but a violent chess.”

In his upcoming film Channing Tatum plays Olympic wrestler Mark Schultz, and in preparation for the role spent months training.

[quote via Examiner.com and Vulture.com]