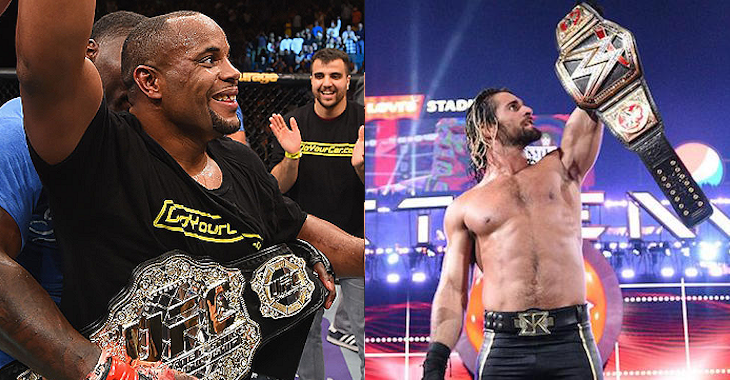 UFC Light Heavyweight Champion Daniel Cormier is finally on top of his division after winning the title at UFC 187.

It’s no secret that Cormier is a big fan of World Wrestling Entertainment and he geeked out when their world heavyweight champion sent him a signed replica of the Money in the Bank briefcase! Seth Rollins, pictured above, cashed in at Wrestlemania 31 much like Cormier cashed in at UFC 186. Love or hate wrestling, you have to appreciate the excitement from DC!

It had arrived ! Now I’m officially Mr money in the bank. The title fits, I cashed in may 23rd haha. Thank @wwerollins for the hook up. #champtochamp