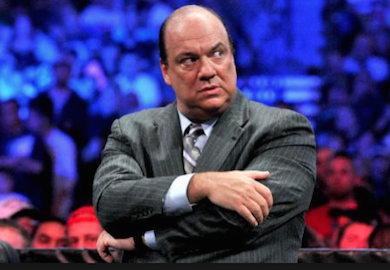 “To say [Wanderlei] was ruining the show may be extreme, but the interaction between he and I is an element of the show that’s important. There has to be the interaction of the coaches. It’s an important factor. I didn’t know what to do. I didn’t know how to handle this. This is the same time I’m losing my grip on my character as a heel. I can feel it slipping away. He’s being aggressive. He’s skipping practices. He’s partying. I don’t know what to do. I don’t know how to handle this. Paul was a guy that even without knowing him, I knew I could trust him. We have mutual friends, Brock Lesnar and C.M. Punk. I knew he was an expert in psychology and I was stuck, working through this spot, having to deal with this, him not talking to me and the reversal of roles that I didn’t see coming. He told me, `Listen, you have to shoot (be completely real, not holding back verbally) on him. If he’s not playing along, you have to drop everything and shoot on him.’ He laid it out a lot more aggressive than that. `You have to drop everything and come clean.’ He went into it a lot more detail than that. In many ways, Paul Heyman saved Ultimate Fighter (Brazil) 3. He kept his word. He kept his secrecy up. So not only should we thank Paul for the huge ratings, but we can also blame him for all the bad things.”

In a recent statement to MMAFighting.com’s Dave Meltzer, Chael P. Sonnen discussed his character change on TUF Brazil 3 and how Paul Heyman saved the day.