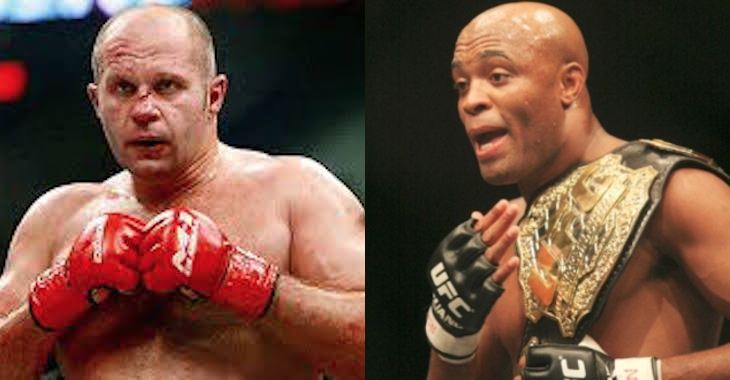 Chael Sonnen is known to pass along plenty of info, some of which he probably isn’t supposed to.

In the latest episode of Sonnen’s ‘You’re Welcome’ podcast, the former UFC fighter talked to Frank Mir. The topic of fighters returning after retiring came up and that’s when Sonnen dropped some pretty crazy news.

He told Mir that he knows that the UFC is currently working on putting together a fight with Anderson Silva and Fedor Emelianenko.

“Speaking of guys trying to stretch out their career, Fedor man. UFC’s signing him right?”

“So, you might have heard this rumor, but if you haven’t then I’ll start if for you. I can confirm that this is being tried to put together. This is happening at the UFC, but they’re trying to put a fight together Frank, 205 pounds, Fedor Emelianenko –you ready for this?- vs. Anderson Silva.”

Would that be the biggest fight in MMA history? Or is it too far past their primes now?

Again, Sonnen says it’s definitely being worked on, but that’s Sonnen. The UFC has obviously not said anything about this fight or Fedor at all.

So take it with a grain of salt, but man, that would be pretty crazy if it did happen.