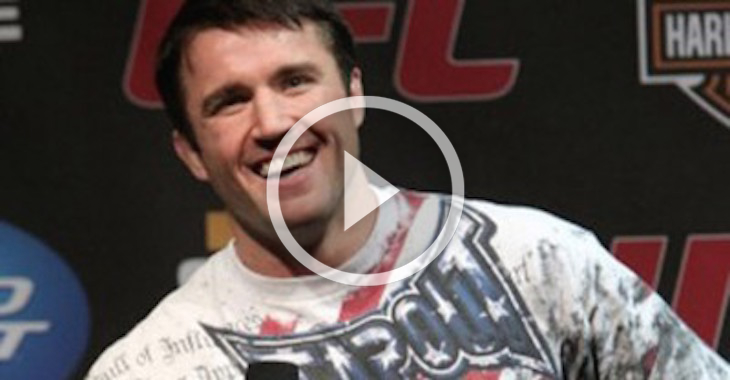 Chael P. Sonnen surprised the hosts of Stud Show Radio by calling in right at the end of the show.

Sonnen broke down the upcoming fight at UFC 189 between Conor McGregor and Chad Mendes. Check out what he had to say! Also, check out the full interview above.

“Well, you know, that’s a rough fight for Conor. We just don’t know enough about Conor, we really don’t. We know he’s a good fighter, right, we know he’s not a bad fighter, but, we don’t know if he’s a great fighter.”

“Chad Mendes is rough, that’s a rough guy right there.”

“I could see Chad running through this fight, I can’t close my eyes and imagine Conor running through it. Chad’s the best wrestler in that division on paper, he’s taking on a guy that comes from a country that doesn’t have wrestling. So, in theory, if Chad had to, he could just go take him down and keep him down for 25 minutes.”