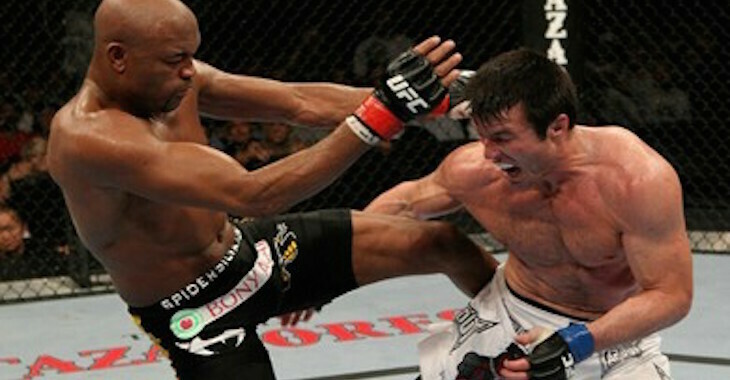 Is former UFC middleweight Chael Sonnen hinting that he wants a third fight with Anderson Silva?

The ‘OG’ himself sent out a very cryptic Tweet on Thursday with the message ‘#oneMoreTime’. So what does this have to do with Silva. Well the tweet was sent out very shortly after Silva’s highly publicized hearing with the Nevada State Athletic Commission. The hearing, which many have pointed to as bizarre and hurtful to Silva’s image, wrapped up with Silva being suspended for a year and fined.

Guess who else will be eligible to return in 2016….Chael Sonnen.

Sonnen is ‘retired’ from the sport, but he’s also currently serving a two year suspension for failing drug tests leading up to his fight with Wanderlei Silva and will be eligible to fight again in 2016. Anderson will be able to fight again as early as February of 2016. So…will we see a third fight?