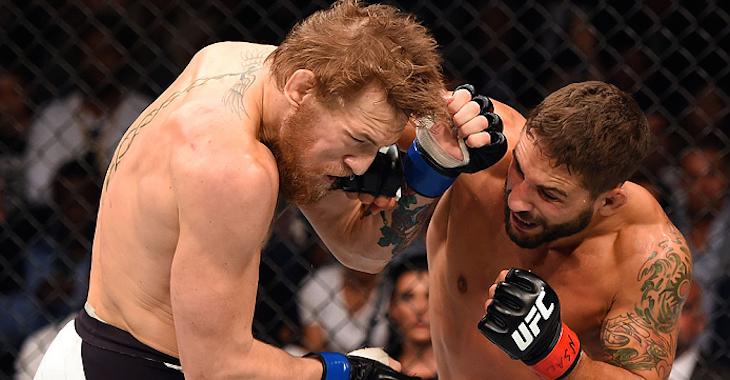 It looks like UFC featherweight Chad Mendes suffered a broke bone early in round one of his fight with Conor McGregor at Saturday’s UFC 189.

According to Mednes’ manager, Mike Roberts, the Team Alpha Male fighter sustained a broken thumb early in the first round. Mendes was notified of the injury on Monday. It is not known if he will need surgery yet.

Do you think the broken thumb had any effect at all on the outcome of the fight? Mendes went down in round 2 after getting dropped by a left from McGregor. Before that Mendes was controlling the fight, getting takedowns and landing some big shots on the ground.