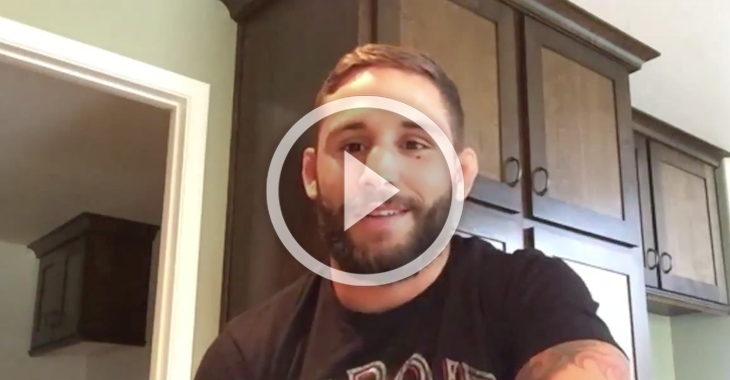 Team Alpha Male’s Chad Mendes joined the fellas over at UFC Tonight on Wednesday and talked about his newly announced fight with Frankie Edgar and of course his loss to Conor McGregor at UFC 189.

Mendes admits he wasn’t in the best shape going into the fight, since he only had two weeks to prepare and thinks McGregor owes him a rematch in the future, to see who would win with both fighter having full training camps.

Who do you think would win?