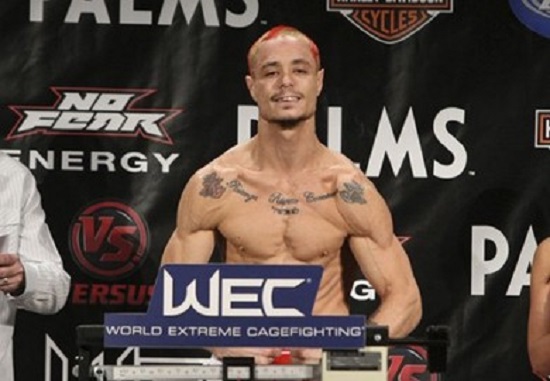 Chad George, Los Angeles MMA star, and the focus of the documentary Occupation: Fighter, has been incredibly busy lately. From the launch of his new gym, California Mixed Martial Arts, to campaigning for a shot in the UFC on Twitter, ‘Savage’ has been a busy man.

Upon launching his new gym, Chad brought on longtime friend, and former UFC fighter, Mac Danzig as the head coach at California Mixed Martial Arts, and talked about what it’s like not only to have his own gym, but a head coach he’s so close to.

“This is what I’ve wanted my entire life, I’ve wanted to be able to create a place people can come to and let themselves be themselves not have to worry about ego not have to worry about pressure. Just come, train, be apart of a family, and push each other to limits we didn’t know existed, and come back and do it again tomorrow. It’s all about self discovery, and just opening this place is something to say if you believe in it, and you dream it it’s possible, and it’s no truer statement. This is something I’ve wanted ever since I started doing this stuff. I wanted to have my own gym, I wanted to have an incredible team of staff and coaches, and we got it. Now that California Mixed Martial Arts is open now it’s time to give back what was allowed for me to see, and taste, and allow for other people to grow from it as well.”

“When he decided to call it a day and retire from fighting, we still trained together, we train together all the time, and he’s kind of shown his drive to want to coach. So he was coaching, I brought him on as a coach at PKG, and when I opened the gym Mac and I talked ahead of time, and I said how do you feel about coming on board and being the new head coach, and he was stoked on it. So now that’s where that is, and Mac in my opinion, is the best coach I’ve ever had.”

Chad returned from back surgery to repair a severely herniated disk in early 2013, and is most recently coming off a submission win in August of this year. Fans may have noticed that Chad has been campaigning for a shot in the UFC when they come to Los Angeles in February for UFC 184. Chad explains that while he doesn’t currently have a fight set, he and his new management company Mez Sports, are working on some things.

“We’re working on a couple things right now. I also signed with Mez Sports and they’ve got a lot of relationships with the UFC, World Series of Fighting, Bellator, So we’ve got a lot of great things. We’re waiting on a contract confirmation to possibly fight for BAMMA in January so if that happens I’ve got a tough opponent for that. I’m hoping it goes through.”

“We’re still pushing, they’re [the UFC] is coming in February, and I’m trying to get as many people that believe in me and what I’ve done. I think I’m a great representative to represent our city when it comes here, and I think I’ve done enough to prove I belong there. Now its just time to show it. It’s like, Dana White, Sean Shelby, let us in. (laughs).

After returning from surgery to repair a herniated disk in his back, and now being able to train at 100%, Chad believes now is his time to shine.

“It’s weird, it’s like, I feel like I’ve been reborn into the sport to do something that I was originally put here to do. And I think the injury was something that, and this is going to sound weird, but I think it was something that needed to happen for me to really kind of hit a crossroads, so I can really make a decision whether this was the road for me or not, and as soon as I make that decision, which I’ve done, it’s like yes it is. Now this is my road, and everybody’s gotta get off of it.”