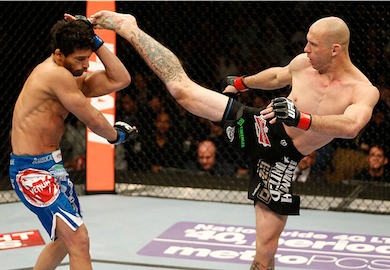 The Ultimate Fighting Championship is stacking their UFC on FOX 11 event set to go down in Orlando, Florida, this April.

The fight card already has Tate vs. Carmouche and Browne vs. Werdum booked, but now, as announced by UFC officials this afternoon, Donald Cerrone and Edson Barboza have agreed to fight in a lightweight contest on the night.

Cerrone wants to fight six times this year, which is why it should come as no surprise that the lightweight striking expert booked a fight so soon after his dominant win over Adriano Martin at UFC on FOX 10.

Barboza is equally deadly on the feet. The lightweight standout last saw action at UFC on FOX 9, last December, where he took out Danny Castillo via majority decision.