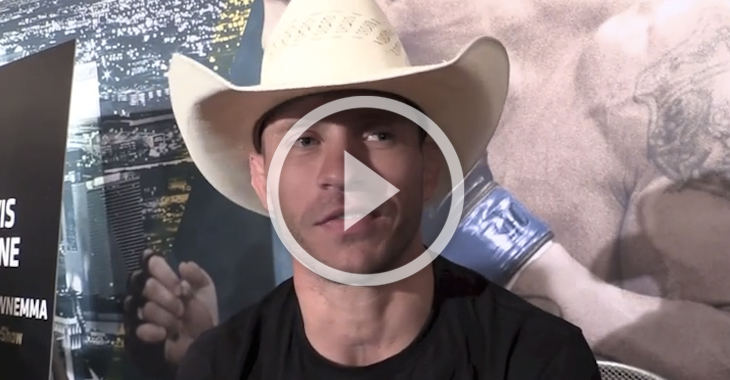 Donald Cerrone could have sat on the sidelines after Khabib Nurmagomedov suffered an injury that forced him to pull out of their fight at UFC 187, but he chose to remain on the card and fight John Makdessi anyway. Cerrone wants to fight for the title because the money will be helpful, but he thinks the championship itself is more important to his coaches and management than it is to him! Check out the full interview above.