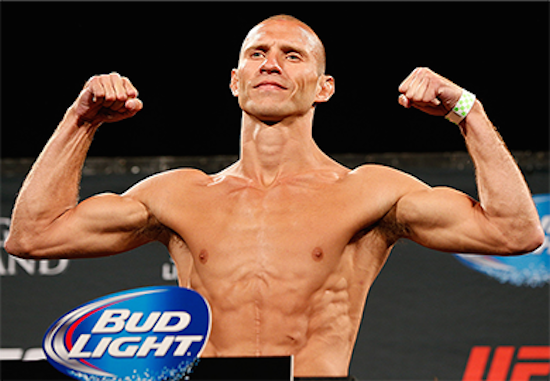 Donald Cerrone has been a staple in the UFC’s lightweight division’s top 10 for some time now. After a loss to Rafael Dos Anjos in August of 2013, Cerrone bounced back and has gone on a 5-fight win streak that has seen him defeat high level fighters such as Edson Barboza, Jim Miller, and most recently former Bellator MMA Champion Eddie Alvarez.

Cerrone will be stepping into the cage this Saturday to fight Myles Jury in a highly anticipated matchup.

Ahead of the bout, Cerrone spoke to MMAFighting to discuss the bout, and why he feels like a veteran.

“I remember being a kid. I remember living upstairs and being the rookie and the new guy. I remember my first UFC fight, and actually my first WEC fight. I remember walking in and I was fighting ‘Razor’ Rob (McCullough), and everyone knew him and no one knew me. He was saying hi to everybody. It was just weird. Now I walk into the UFC office and I know everybody, I got everyone’s phone numbers, and I feel like a veteran. I got new guys coming to the house and if they need something, I can make a call and I make it happen. It’s crazy.

“I’m still the kid, but I’m having to make real-life decisions now. You know, when I was 19, 20 years old, they’d give me 50-grand, that s**t would be gone. On dumb s**t. I mean, I still do that a lot now, but now I have to start thinking, maybe I’ve got five years left in this sport. I need to start figuring out what’s next. What are we going to focus on? What are my goals in the sport? Things like that. I remember when I recklessly used to come in not caring. Now you’ve kinda gotta figure it out.”

“I definitely feel like I put my time in, you know? I look at people trying to take the path, they want to just come in, move here and say ‘I want to be a UFC fighter.’ They want to go from first fight to into the UFC. It’s like, I took the hard way, man. I remember putting in the time, and now I feel like a veteran. I feel like I put the hours in.

“I’m starting to see a lot of people starting to go… and that make me feel old in this sport. But them little new f**kers can get their ass whipped just the same.”