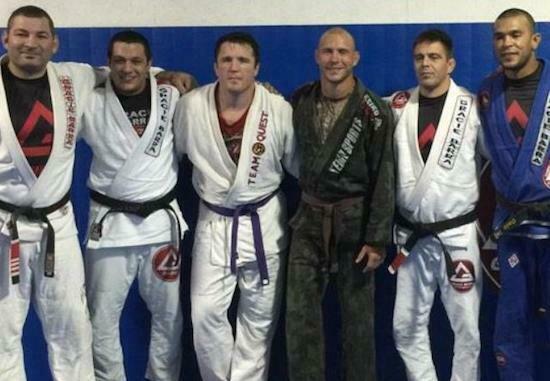 Chael Sonnen may be out of the Octagon, but he’s not out of the training room.

@cowboycerrone came all the way to Oregon to hear my Podast. He could have just clicked on… http://t.co/FD9euzSyQa pic.twitter.com/Svtrdsij9o