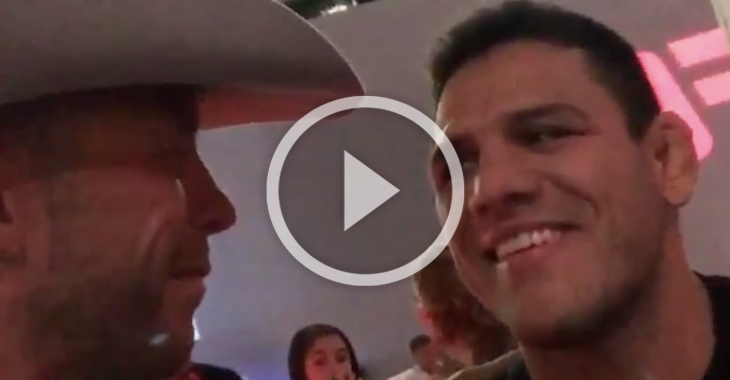 Donald “Cowboy” Cerrone may be one of the craziest fighters in mixed martial arts today. The lightweight standout has a championship bout waiting for him when Rafael dos Anjos makes his return, but he wants to take another fight beforehand!

Cerrone tracked down the UFC Lightweight Champion during international fight week and questioned him about his return to the octagon. Dos Anjos’s response is NOT what Cerrone is looking for. Check out the interaction below!

Trying to push @rdosanjosmma into date?? Not looking good. Saying end of December?? Have a feeling his going to leave me no choice but to fight sooner!!

What do you think? Do you want to see Cerrone take another fight before he gets a shot at the title? Share your thoughts in the comment section below!