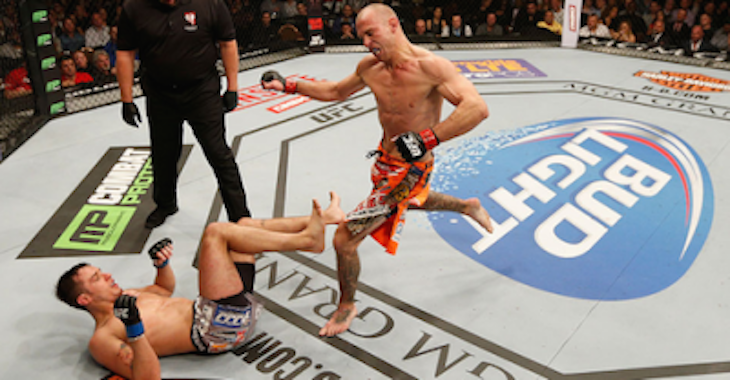 Last night in the co-main event of “UFC Fight Night Boston”, Donald Cerrone narrowly edged out a decision win over Benson Henderson, that many actually scored in favor of Henderson.

Following the win, he addressed talks of a potential matchup against Khabib Nurmagomedov, who he was slated to fight at one time before a knee injury forced Nuramgomedov out of the bout.

“Seven (wins) in a row – I feel good. It’s time to take some time off, talk with (UFC President) Dana (White) and (UFC Chairman and CEO) Lorenzo (Fertitta) after this.”

“Talking with Dana and Lorenzo, I think Khabib’s going to be next for sure,”

Do you want to see Cowboy vs. Nurmagomedov? Sound off below!