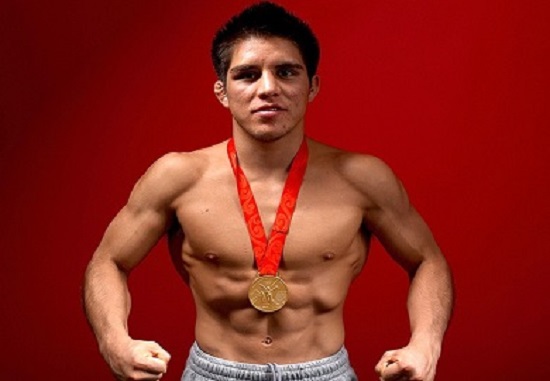 Olympic gold medalist Henry Cejudo is set to make his bantamweight debut on December 13th at UFC on FOX 13 against Dustin Kimura.

Cejudo was originally scheduled to make his UFC debut at flyweight at UFC 177, but after falling ill while attempting to cut weight, and being deemed unfit to cut the remaining weight, Dana White said if he wanted another shot in the UFC it would have to be at bantamweight.

AZCentral broke the news of the matchup earlier today, and the UFC confirmed it.

The lineup for UFC on FOX 13 is currently as follows: