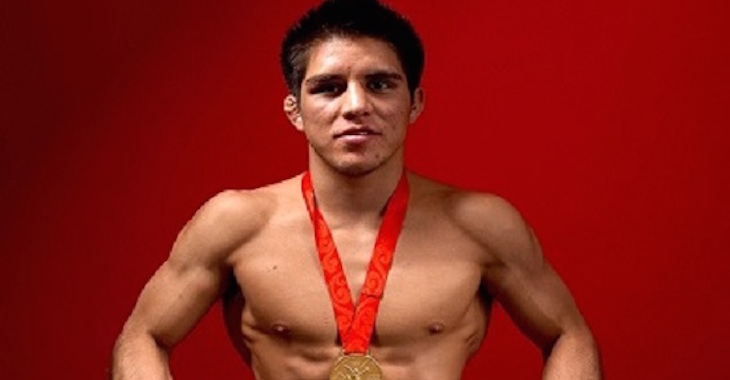 “I think it’ll be about timing. I feel ready now, but obviously I have a team behind me, and we make a decision together. It’s not just me, myself and I. It’s my team that comes together, and we make the best decision possible.

“We not only can win the belt, but win it decisively – with dominance.”

UFC flyweight and Olympic gold medalist Henry Cejudo is starting to turn up the title talk. Recently, while doing press for his fight at tonights UFC 188, Cejudo has been talking a lot about who he wants to fight next and how he thinks he will match up with the champion. He told MMAJunkie Radio that not only can he win the title, but he can do it in dominant fashion.

Do you think Cejudo has what it takes to beat someone like Joseph Benavidez or the champ Demetrious Johnson?