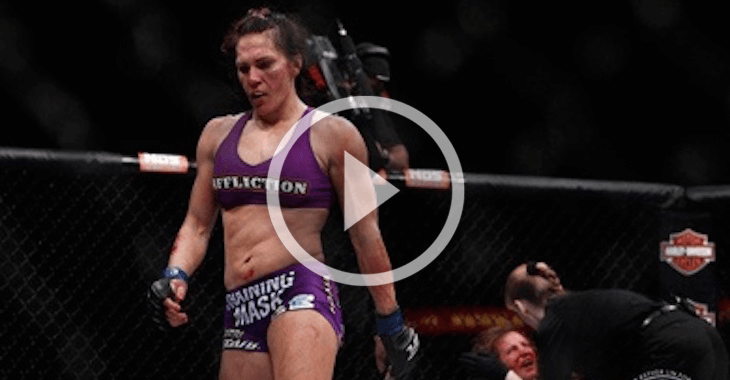 UFC bantamweight Cat Zingano hasn’t fought since her loss to undefeated champion Ronda Rousey, back in Feb. at UFC 184.

The fight shocked a lot of people. Zingano was considered a true threat to Rousey. Going into the fight Zingano was 9-0 with 8 finishes and had destroyed Miesha Tate and Amanda Nunes to get a shot at the champ.

Then the fight happened. Zingano literally ran at Rousey as soon as the fight started and attempted some kind of flying knee. Rousey moved out of the way, grabbed her, and threw her to the ground. From there it look Rousey only seconds to lock up an armbar and force her to tap. It lasted 14 seconds.

In a recent interview with Inside MMA, Zingano talked about being away from the sport since then, taking a break and trying to get reset. When asked about her return she said it is the plan for her to fight sometime this year.