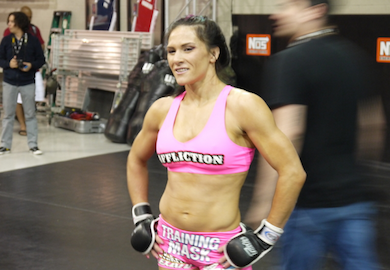 Nunes has been on a media tour, hexing the UFC’s bantamweight division and doing her best Chael Sonnen impersonation in the process. (See all that HERE).

Keep running your mouth @Amanda_Leoa , make sure there's still room in there when you're eating my fists & your words! @ufc