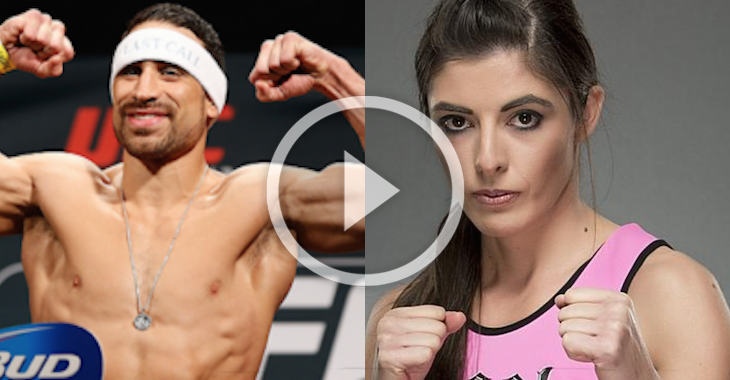 His teammate, UFC strawweight Paige VanZant, is set to fight Alex Chambers at UFC 191 on Sept. 5 in Las Vegas, Nevada.

During Tuesday’s episode of Stud Show Radio, Castillo and the guys were breaking down the card and something happened to catch ‘Last Call’s’ eye. While looking at a side by side stat comparison of the two strawweights, Castillo asked if they’d be able to look at some other pictures of Chambers, the kind you might find on Google Images.

Yes, Danny Castillo wasn’t concerned with her record or skills, he was just wondering if he should hit her up on Twitter. But then there’s the whole issue with her fighting his teammate and he hesitated, but considered seeing what she was up to after the fight. It was all in fun and the guys had a good laugh at Castillo’s expense.

Check out some of the dialogue from Castillo and make sure you watch the clip above:

“What should I say?”