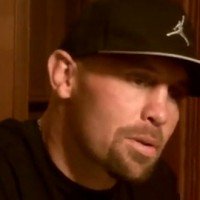 UFC heavyweight Shane Carwin recently suffered a knee injury during wrestling practice and was forced to withdraw from his autograph signing during this weekend’s UFC on FUEL TV 5 event in Nottingham, England.

However, reports indicate that Carwin suffered no major damage to his knee and is still expected to compete against nemesis and fellow coach Roy “Big Country” Nelson at the TUF 16 live finale on December 15 in Las Vegas, Nevada.

Carwin, who has dealt with multiple surgeries and other physical ailments in recent years, hasn’t set foot in the octagon since a June 2011 loss to champion Junior Dos Santos. One has to hope that the 37 year-old, who is a former UFC Interim heavyweight champion, can slowly work his way back to 100 percent without any set backs.