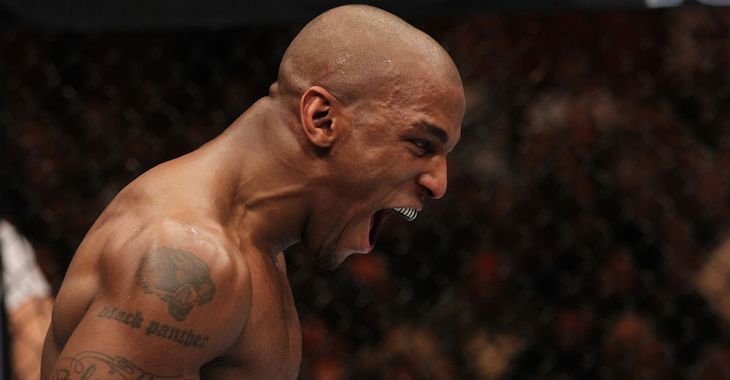 Bellator and GLORY’s first joint event is set to go off with a bang in September as “Dynamite 1” will feature a one night, four man light heavyweight tournament. UFC veteran Phil Davis, Emanuel Newton, Linton Vassell, and Muhammed Lawal will battle for supremacy and possibly the right to face the winner of Ortiz/McGeary for the light heavyweight championship.

One night tournaments are a tricky thing in the world of mixed martial arts as the company runs the risk of getting one of the participants injured in their opening round fight. In the event that Davis, Newton, Vassell or Lawal get injured or are not cleared to compete by the athletic commission in the finals of the tournament, Bellator has set up an alternate fight between another octagon vet in Francis Carmont and Philipe Lins.

After going on a three fight skid with the Ultimate Fighting Championship, Carmont found a new home in Bellator. He made his debut at Bellator 135 earlier this year where he dominated the bout and defeated Guilherme Viana by way of unanimous decision. This is not Carmont’s first time competing in a tournament as he won KSW’s one night middleweight tournament in June 2006.

Philipe Lins will be stepping into the cage for the first time since June 2014 when he suffered his first career loss due to injury. The unfortunate knee injury sidelined him for over a year, but he will be looking to pick up his third Bellator win at the expense of Carmont.