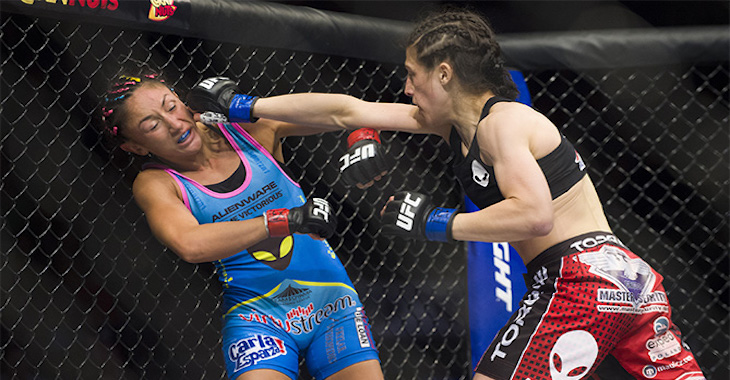 After her friend and fellow TUF 20 cast member Felice Herrig lost on Saturday night at UFC on FOX 15, former strawweight champion Carla Esparza took to social media to defend her.

Read the message below and see what she had to say.